The story builds upon the author’s own running experience. Being a semi-enthusiastic runner, he kept getting injuries. Speaking to doctors, they told him that humans simply were not built to run long distances, and injuries therefore inevitably would occur. However, he did not take those answers for granted, and started investigating the subject on his own. He hears rumours about “the running people”, a Mexican tribe called the Tarahumara. Supposed to be some of the greatest runners in human history, while avoiding injuries, the author wants to find out how they manage it.

This sparks a fantastic adventure, switching between tracking down the Tarahumara, researching their history, ultra-marathons, meeting some wonderful characters, as well as a hefty attack on the shoe industry.

On why we are born to run by Dr. Lieberman.

“…You’ve got to ask yourself why only one species in the world has the urge to gather by the tens of thousands to run twenty-six miles in the heat for fun. Recreation has its reasons.”

“Forget about speed; maybe we were born to be the world’s greatest marathoners.”

“Even though biomechanically smooth human runners have short strides, they still cover more distance per step than a horse, making them more efficient. With equal amounts of gas in the tank, in other words, a human can theoretically run farther than a horse.”

Which is also proven, in the yearly 50 mile “Man Against Horse Race” in Arizona, where human regularly beat horses in endurance.

“Dr. Bramble discovered that when many quadrupeds run, their internal organs slosh back and forth liker water in a bathtub. Every time a cheetah’s front feet hit the ground, its guts slam forward into the lungs, forcing out air. When it reaches out for the next stride, its innards slide rearward, sucking air back in. Adding that extra punch to their lung power, though, comes at a cost: it limits cheetahs to just one breath per stride. Actually, Dr. Bramble was surprised to find that all running mammals are restricted to the same cycle of take-a-step, take-a-breath. In the entire world, he could only find one exception: you.

The reason for humans to develop into long distance runners were simple: to catch prey. Dr. Lieberman says “To run an antelope to death, all you have to do is scare it into a gallop on a hot day. “If you keep just close enough for it to see you, it will keep sprinting away. After about ten or fifteen kilometers’ worth of running, it will go into hyperthermia and collapse. We can dump heat on the run, but animals can’t pant while they gallop. We can run in conditions that no other animal can run in.

Unlike our true ancestors, the running men, the Neanderthals were the mighty hunters we like to imagine we once were; they stood shoulder to shoulder in battle, a united front of brains and bravery, clever warriors armored with muscle but still refined enough to slow-cook their meat to tenderness in earth ovens and keep their women and children away from danger. Neanderthals ruled the world – till it started getting nice outside. The new climate was great for the running men; the antelope herds exploded and feasts of plump roots were pushing up all over the savannah.

But there’s a problem. Our greatest talent also created the monster that could destroy us. Unlike any other organism in history, humans have a mind-body conflict: we have a body built for performance, but a brain that’s always looking for efficiency. We live or die by our endurance, but remember: endurance is all about conserving energy, and that’s the brain’s department. The reason some pople use their genetic gift for running and others don’t is because the brain is a bargain shopper. For millions of years we lived in a world without cops, cabs, or Domino’s Pizza; we relied on our legs for safety, food, and transportation and it wasn’t as if you could count on one job ending before the next one began. You could never be sure that you wouldn’t become food right after you catching some. The antilope you’d chased down could attract fiercer animals, forcing you to drop your lunch and run for your life. The only way to survive was to leave something in the tank – and that’s where the brain comes in. The brain is always scheming to reduce costs, get more for less, store energy and have it ready for an emergency. You’ve got this fancy machine, and it’s controlled by a pilot who’s thinking “okay, how can I run this baby without using any fuel?”
You and I know how good running feels because we’ve made a habit of it. But lose the habit, and the loudest voice in your ear is your ancient survival instinct urging you to relax. And there’s the bitter irony: Our fantastic endurance gave our brain the food it needed to grow, and now our brain is undermining our endurance.

We live in a culture that sees extreme exercise as crazy. Because that’s what our brain tells us: why fire up the engine if you don’t have to?

To be fair, our brain knew what it was talking about for 99% of our history; sitting around was a luxury, so when you had the chance to rest and recover, you grabbed it. Only recently have we came up with the technology to turn lazing around into a way of life; we’ve taken our durable, hunter-gatherer bodies and plunked them into an artificial world of leisure. We’ve taken away the jobs our bodies were meant to do, and we’re paying for it. Nearly every top killer in the western world – heart disease, stroke, diabetes, depression, hypertension, and a dozen forms of cancer – was unknown to our ancestors.

“We monitored the results of the 2004 New York City Marathon and compared finishing times by age. What we found is that starting at age nineteen, runners get faster every year until they hit their peak at twenty-seven. After twenty-seven, they start to decline. So here’s the question – how old are you when you’re back to running the same speed you did at nineteen? The answer is sixty-four. Isn’t that amazing? Name any other field of athletic endeavor where sixty-four-year-olds are competing with nineteen-year-olds!”

On ultramarathons and coach Joe Vigil:
“No other elite coach could give a hoot what was going on at that giant outdoor insane asylum in the Rockies. Self-mutilators, mean motherfuckers or whatever they called themselves – what did they have to do with real running? With olympic running? As a sport, most track coaches ranked ultras somewhere between competitive eating and recreational S&M. Super, Vigil thought, go ahead and sleep, and leave the freaks to me – because he new the freaks where onto something. He loved the fact that ultrarunning had no science, no playbook, no training manual or conventional wisdom. That kind of freewheeling self-invention is where big breakthroughs come from. These runners were like mad scientists messing with beakers in the basement lab, ignored by the rest of the sport and free to defy every known principle of footwear, food, biomechanics, training intenstity…everything.

On the beginning of Barefoot-Ted:
“…He got checked by a chiropractor and an orthopedic surgeon, and both said there was really nothing wrong with him. Running was just an inherently dangerous sport, they told him, and one of the dangers was the way impact shock shoots up your legs and into your spine. But the docs did have some good news: If Ted insisted on running, he could probably be cured with a credit card. Top-of-the-line running shoes and some spongy heel pads, they said, should cushion his legs enough to get him through a marathon. Ted spent a fortune he really didn’t have on the most expensive shoes he could find, and was crushed to discover that they didn’t help. But instead of blaming the docs, he blamed the shoes: He must need even more cushioning than thirty years of Nike air-injection R&D had come up with.

After doing research on his own, Ted discovered that Leonardo Da Vinci considered the human foot, with its fantastic weight-suspension system comprising one quarter of all the bones in the human body, “a masterpiece of engineering and a work of art.” He learned about Abebe Bikila, the Ethiopian marathoner who ran barefoot over the cobblestones of Rome to win the 1960 Olympic marathon – and about Charlie Robbins, M.D., a lone voice in the medical wilderness who ran barefoot and argued that marathons won’t hurt you, but shoes sure as hell will.

Shoes block pain, not impact!
Pain teaches us to run comfortably!
From the moment you start going barefoot, you will change the way you run.

“No wonder your feet are so sensitive,” Ted mused. “They’re self-correcting devices. Covering your feet with cushioned shoes is like turning off your smoke alarms.”

There was an important point in all of this: running shoes may be the most destructive force to ever hit the human foot. Barefoot Ted, in his own weird way, was becoming the Neil Armstrong of twenty-first-century distance running, an ace test pilot whose small steps could have tremendous benefit for the rest of mankind. If that seems like excessive stature to load on Barefoot Ted’s shoulders, consider these words by Dr. Daniel Lieberman, a professor of biological anthropology at Harvard University: “A lot of foot and knee injuries that are currently plaguing us are actually caused by people running with shoes that make our feet weak, cause us to over-pronate, give us knee problems. Until 1972, when the modern athletic shoe was invented by Nike, people ran in very thin-soled shoes, had strong feet, and had much lower incidence of knee-injuries.”
And the cost of these injuries? Fatal disease in epidemic proportions. “Humans really are obligatorily required to do aerobic exercise in order to stay healthy, and I think that has deep roots in our evolutionary history,” Dr. Lieberman said. “If there’s any magic bullet to make human beings healthy, it’s to run.”

On the Tarahumara.
“The Tarahumara aren’t great runners,” Eric told me. “They’re great athletes, and those two things are very different. Runners are assembly-line workers; they become good at one thing – moving straight ahead at a steady speed – and repeat that motion until overuse fritzes out the machinery. Athletes are Tarzans. Tarzan swim and wrestles and jumps and swings on vines. He’s strong and explosive. You never know what he will do next, which is why he never gets hurt. Your body needs to be shocked to become resilient. Follow the same daily routine, and your musculoskeletal system quickly figures out how to adapt and go on autopilot. But surprise it with new challenges – leap over a creek, commando-crawl under a log, sprint till your lungs are bursting – and scores of nerves and ancillary muscles are suddenly electrified into action.

For the Tarahumara, that’s just daily life. The Tarahumara step into the unknown every time they leave the cave, because they never know how fast they’ll have to sprint after a rabbit, how much firewood they’ll have to haul home, how tricky the climbing will be during a winter storm.

On Caballo Blanco.
“I’d get up at four-thirty in the morning, run twenty miles, and it would be a beautiful thing. Then I’d work all day and want to feel that way again. So I’d go home, drink a beer, eat some beans, and run some more.” 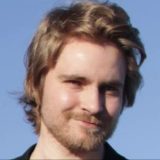